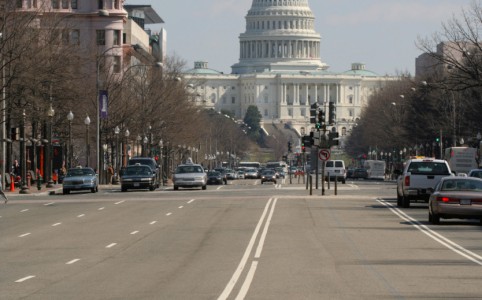 Today, the Small Business Exporters Association (SBEA), the international trade arm of the NSBA, along with other members of the Trade Benefits America Coalition sent a letter to Senate and House leadership urging their prompt action to pass bipartisan Trade Promotion Authority (TPA) legislation this year. TPA provides for the necessary mechanisms and special procedures for the negotiation, consideration, and implementation of trade agreements. TPA was last renewed in 2002, enacted under the Trade Act of 2002, and expired in 2007.

By passing TPA legislation, Congress could strategically define renewed negotiating objectives and consultation processes for trade negotiations, and specifically help guide trade agreement talks currently underway–the Trans-Pacific Partnership (TPP) negotiations with 11 nations in the Asia-Pacific region and the Transatlantic Trade and Investment Partnership (TTIP) negotiations with twenty-eight countries of the European Union–accounting for approximately  60 percent of U.S. exports and estimated to support over three million U.S. jobs. TPA is a crucial step for advancing these agreements as  they will lower foreign barriers to our exports and produce a more level playing field—especially for small exporters. Failure to renew TPA would severely hinder the U.S. position in the global economy and ability to shape talks between negotiators for the strongest, most favorable outcomes for the U.S.

In recent years, economic data shows that export levels are driving economic growth, increasing at an annualized rate of 8.8 percent. According to the Bureau of Economic Analysis (BEA), U.S. exports reached a record-high of $198.5 billion for goods and services in Aug. 2014. Within the last year exports of goods and services totaled $2.3 trillion, which is more than 45 percent higher than export levels in 2009. Renewing TPA is vital to maintain this momentum and will further provide new economic opportunities for American businesses, farmers, workers and consumers.

For nearly four decades, TPA measures have been enacted by Congress to help guide president’s in pursuing trade agreements as a means to further open markets for U.S. exporters and spur economic growth and job creation. Since 1974, TPA has helped open markets for U.S. exporters through the successful negotiation and enactment of 14 free trade agreements. The U.S. currently has free trade agreements with 20 partner countries which supports over 40 percent of total goods exports. Earlier this year, President Barack Obama made a push for renewing TPA, but it has been stalled all year in the Senate. The President has an aggressive trade plan that he is hoping to complete before he leaves office in Jan. 2017.

As such, NSBA and SBEA urge Congress and the administration to work together to act on passing TPA legislation as soon as possible. NSBA and SBEA support the bipartisan, bicameral Bipartisan Congressional Trade Priorities Act of 2014 which will restore the president’s authority to negotiate trade deals by including strict requirements for Congressional consultations and access to information.