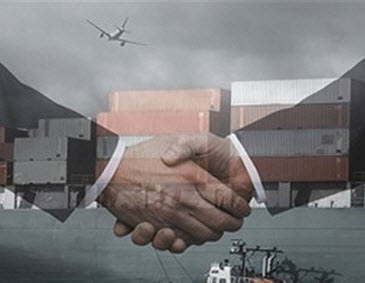 On Feb. 26, NSBA and its international trade arm—the Small Business Exporters Association (SBEA)—joined more than 200 companies and associations representing farmers and ranchers, manufacturers, service providers, and technology companies to the launch of the USMCA Coalition, which will advocate for congressional approval of the United States-Mexico-Canada Agreement (USMCA).

The USMCA, which was signed by the three countries on November 30, 2018, successfully renegotiates the North American Free Trade Agreement (NAFTA), bringing North American trade into the 21st century with groundbreaking provisions on digital trade, agriculture, state-owned enterprises, labor and the environment, among many others.

U.S. trade with Canada and Mexico reached nearly $1.3 trillion in 2017, and the two countries bought more than one-third of all U.S. merchandise exports. The USMCA preserves and strengthens the benefits of North American trade for American workers, farmers, businesses, and consumers.

Over the coming weeks and months, the USMCA Coalition will make the case for expeditious passage of the agreement to members of Congress, and it will work to educate the American public about the benefits of the new deal.  The effort will harness the advocacy strength of a broad membership of companies, trade associations, and chambers of commerce, including many that operate outside of Washington, D.C.

The USMCA retains a substantial amount of NAFTA’s framework, with notable tweaks on the treatment of automobiles, agricultural products, and labor protections. The USMCA contains 34 chapters, 12 more than the current NAFTA. Click here to see the text of the agreement. The new chapters include those on labor, the environment, digital trade, and macroeconomic policy. The USMCA also includes annexes covering alcohol and proprietary food formulas as well as bilateral side letters on distinctive products, auto safety standards, biologics, cheese names, wine, water, research and development expenditures, and Section 232.

NSBA is pleased with the inclusion of Chapter 25 relevant to small exporters. This chapter of the USMCA promotes the growth of small and medium-size businesses, and establishes the “Committee on SME issues.” According to the terms, the committee will assemble within one year after the new agreement is ratified and then once a year afterward. The committee is tasked with promoting an annual “SME Dialogue” and inviting the private sector, academic experts, and nongovernment organizations to provide their views on the implementation and further modernization of the USMCA.

Canada and Mexico are the top two export destinations for U.S. small and medium-size enterprises, more than 120,000 of which sell their goods and services in our two North American neighbors. When an American small business starts exporting, it’s almost always to Canada or Mexico.

More information about the agreement and the coalition is available at www.USMCACoalition.org.