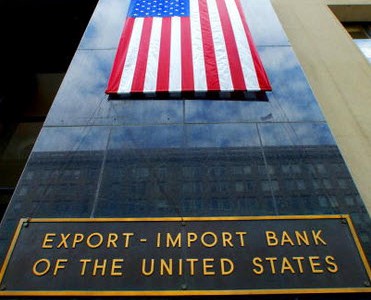 With only 21 days left until the Export-Import Bank of the U.S. (Ex-Im) charter expires, House Republican leaders are considering extending the Bank’s charter through June 2015. Ex-Im was last reauthorized in May 2012, and the Bank’s current charter expires on Sept. 30.

Ex-Im reauthorization will be a part of the government funding bill that will be debated and voted on later this week. The continuing resolution (CR), which will keep the government open from Oct. 1 to Dec. 11, is also likely to ultimately include a provision which will keep Ex-Im open in the near-term. The newly-released House version of the CR extends Ex-Im Bank through June 30, 2015.

House Speaker John Boehner (R-Ohio) has said that House Financial Services Chairman Jeb Hensarling (R-Texas)—an original opponent of Ex-Im—now thinks a short-term extension of Ex-Im is “in order.” Boehner added that no final decisions have been made whether the Bank would be addressed in the CR or separately.

Meanwhile, Rep. Stephen Fincher (R-Tenn.) has shown some Republican House members a top-line draft proposal of legislation that reauthorizes Ex-Im for five-years. He is hoping to gain some support for the measure, but there is no set timeline for introduction.

Fincher’s legislation would reverse Ex-Im guidelines that prevent financing for overseas power plants that decline to adopt greener technology. According to the proposal, additional reforms would limit the Bank’s president to serving two, four-year terms. It would also increase financial disclosures among the Bank’s employees and contractors, similar to lobbying disclosures.

NSBA has been an outspoken proponent of reauthorizing the Bank, as it is often the only financing resource available to many small exporting firms. NSBA encourages small-business owners to voice their support for Ex-Im to their members of Congress through letters.